One Square Minesweeper is one of those projects that have sat in my todo list for a long long time, something that would be almost in a sense the fastest easiest game that you can win, but also lose equally easy. 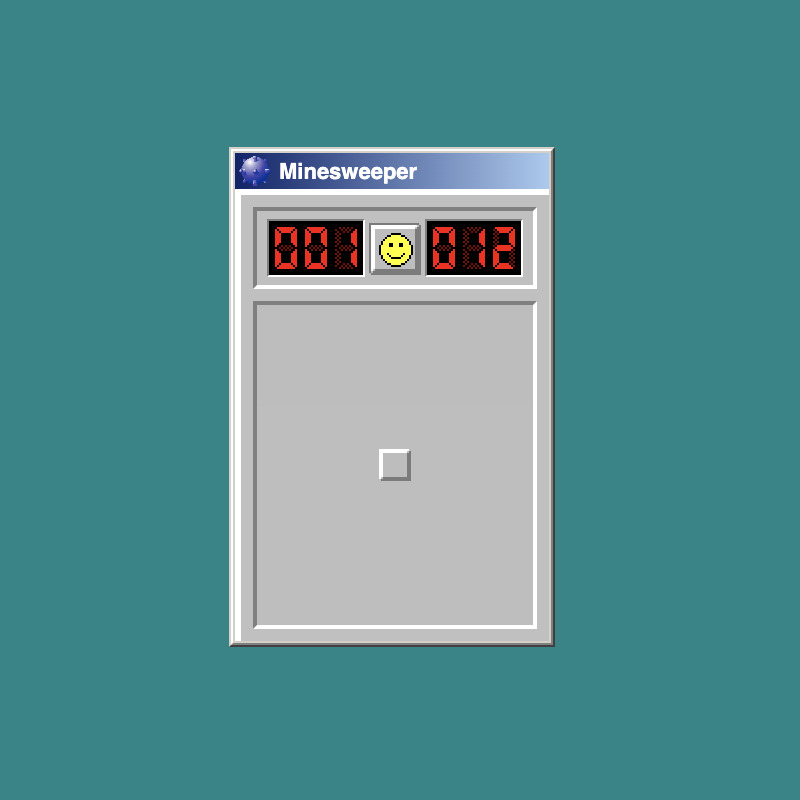 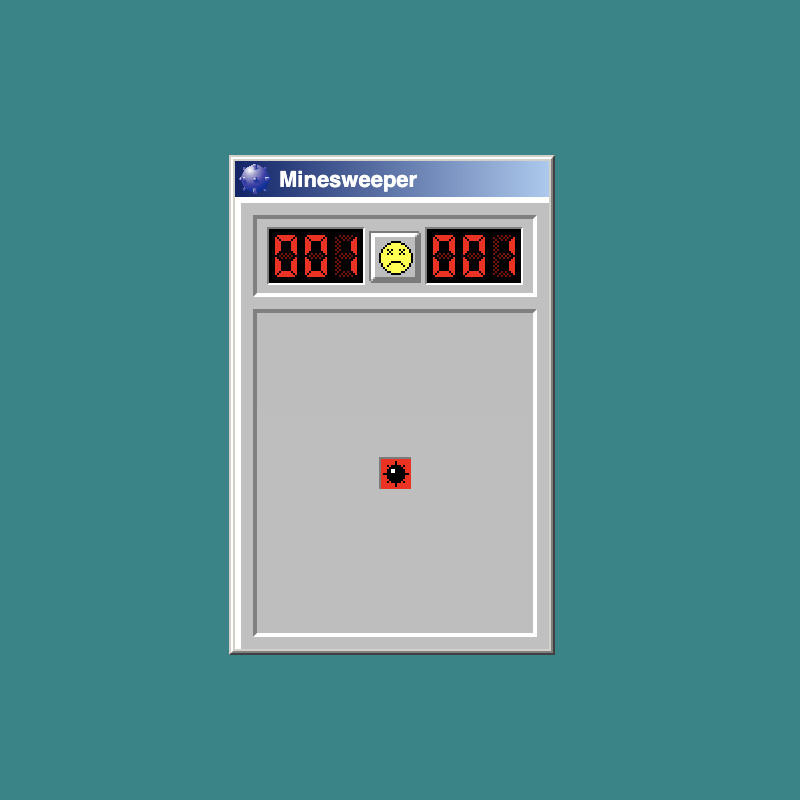 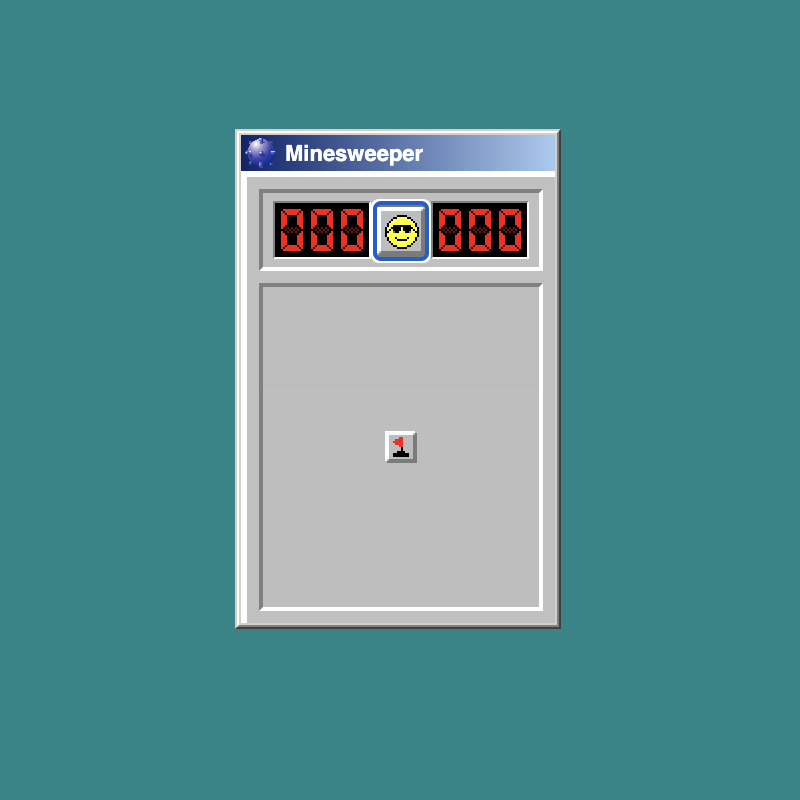 Why A Single Square?

Ultimately I never really took to the game minesweeper, I had won the smaller one a few times but really liked the idea of one huge square being a single conglomerate mine. Initially I had it large but in the end it almost felt more comical when I could shrink it down to a very un-threatening one square.

How did you build this?

Truly I had been procrastinating on this for a while, and predominantly because pulling all of the images together that would look good and be in the retro style just seemed like one of those boring tasks I never do very well at, but fortunately I stumbled upon a fully open source minesweeper, which had a full set of assets that I could use as well as some clear layouts… once I had that it was more a matter of stripping out the unwanted functionality.

What is the win to loss ratio?

Ahh, sadly (or happily) it’s not something I’ve been tracking, but based on a few tweets that I’ve observed it seems pretty clear that a lot of people are straight up clicking the mine square not really remembering that in minesweeper you need a right click to flag the mine.

Is there anything else special about this project?

There is! The project was built and launched as part of Netlify’s Dusty Domains project, where for each project built and launched on an old domain money was donated to charity! Ultimately over a hundred thousand dollars was raised for a variety of individual charities.

Is there anything more to it?

Haha, absolutely not. One Square Minesweeper is open sourced although I guess all in all I would consider it ‘complete’