Somehow in my searches I had missed this wonderful site until recently Tania reached out to me! It’s hard to believe that such a magnificent site had gone under my radar for so long. 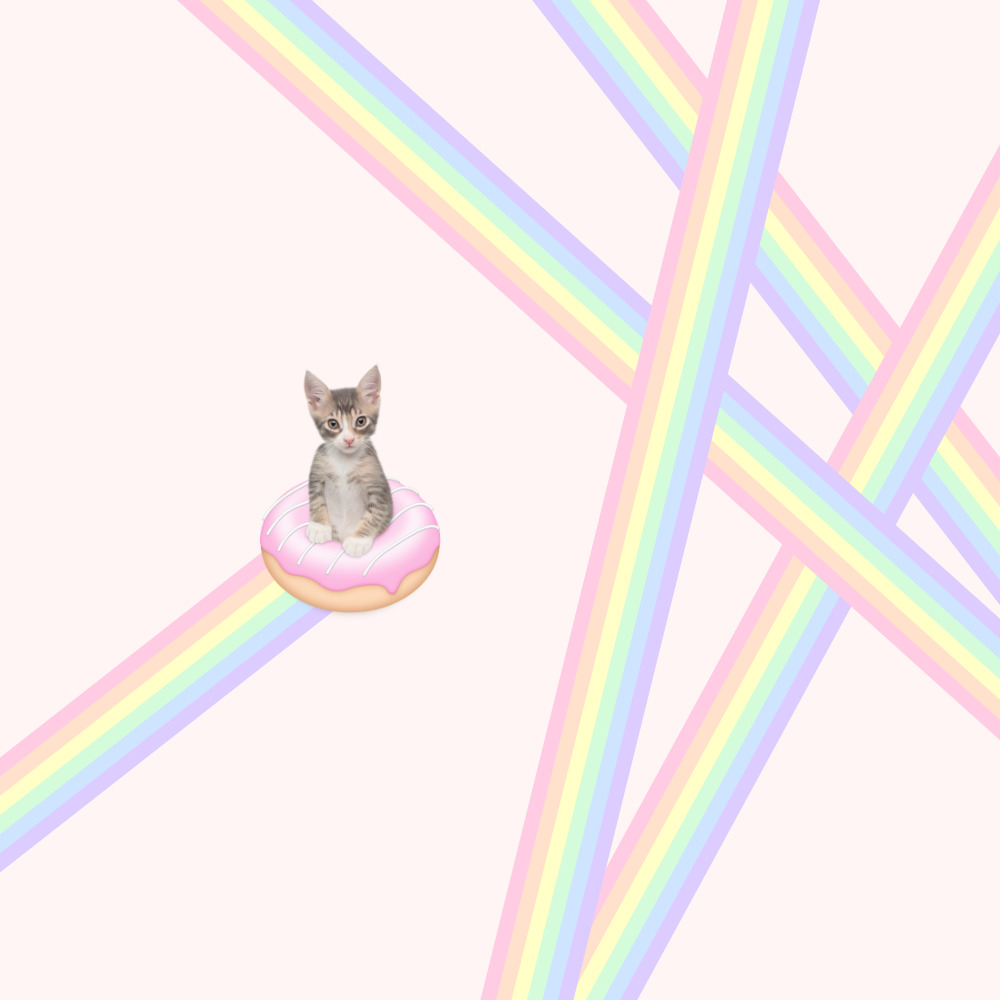 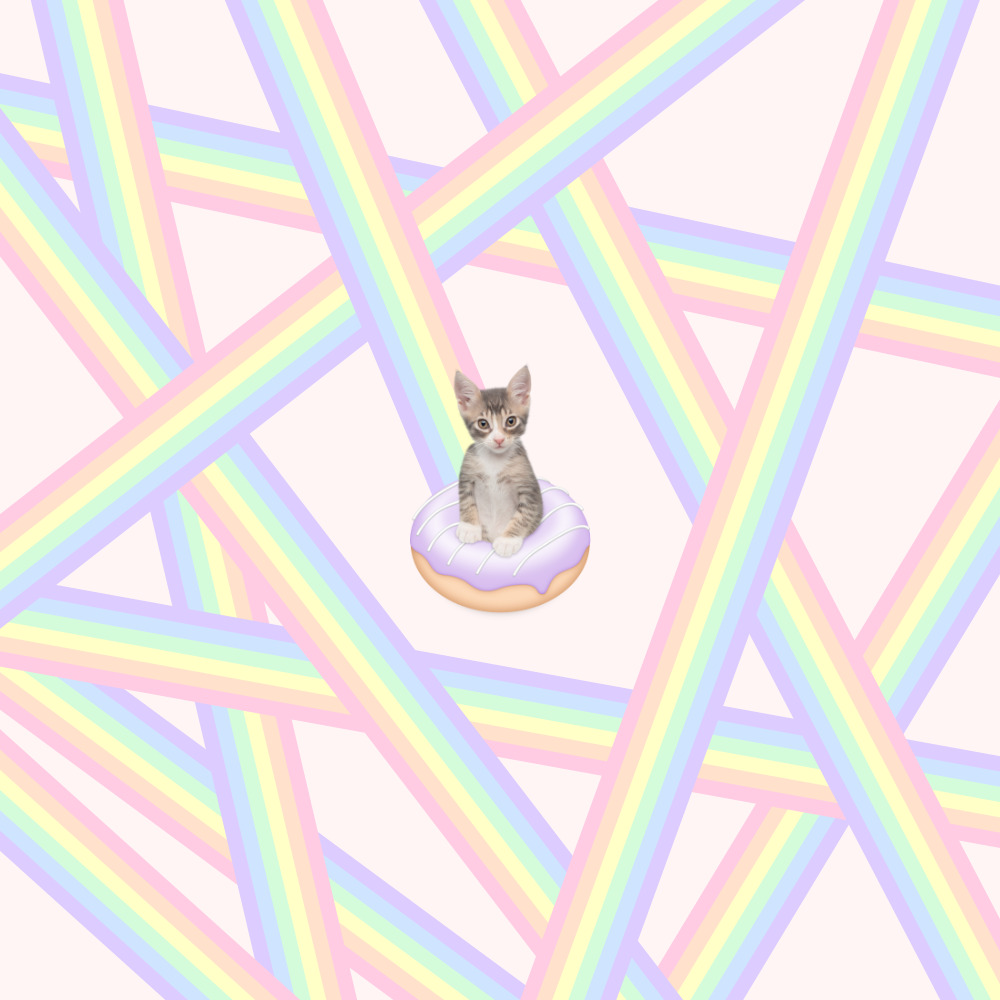 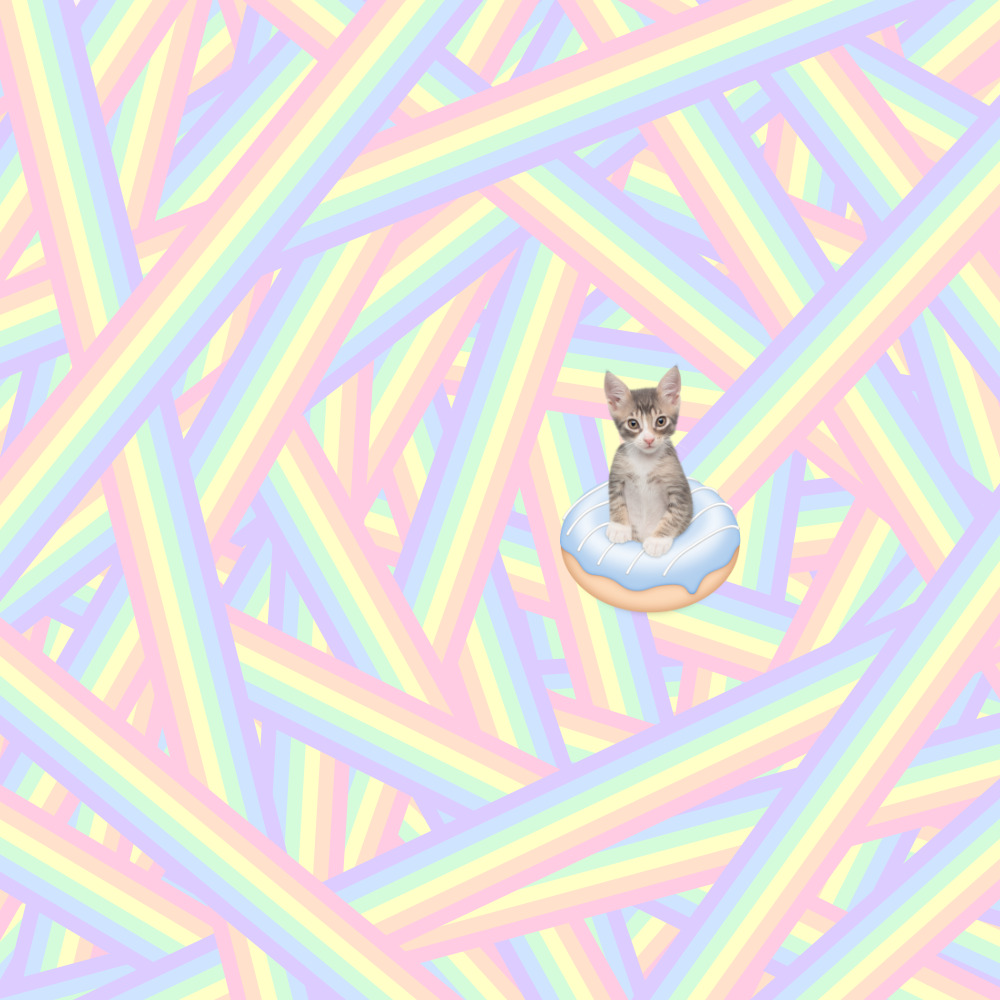 Back in 2015, I started experiencing these unpredictable episodes of excruciating facial pain. Sleep was impossible and late one night I came across The Useless Web. I became strangely obsessed with this quirky genre of art. When my mysterious agony was diagnosed as trigeminal neuralgia I was like “fuck it, now I’m going to work on whatever project I want to.”

What came first, the domain, the code or the pictures?

Emoji Kittens was the body of work that followed that diagnosis. It playfully juxtaposed classic kitten photography with emojis against minimal pastel backdrops. One of my favourite images in the collection was of a kitten sitting in the Apple doughnut emoji.

The domain and the code came along after I was introduced to a developer at a roller derby game. I told him about my idea to create a delightfully distracting website featuring the kitten in the doughnut slowly filling your screen with infinite pastel rainbows. He was into it and I purchased the domain the next day.

More on the kitten itself! How did you get it to create these crazy poses?

To capture the final photos we 3D printed a doughnut shaped prop and built a set that locked it into place. It was amazing. There was even a space under the prop that hid a little pillow for maximum kitten comfort. We’d sit the kittens in the doughnut and attempt to get them to look at the camera with all kinds of toys, treats, and weird sounds.

What was the hardest part of building Doughnut Kitten?

Photographing kittens takes a ton of patience. During auditions the adorable models would drift off to sleep in the prop, dive into it headfirst, and photobomb each other. They really just did whatever they wanted!

The biggest challenge was getting the kittens to look into the centre of the camera lens. Capturing a gaze that had that Mona Lisa effect, where the eyes appear to follow you as you move around the image, was rare.

What are you working on now?

I’m currently creating a new body of work called “There Was No Vaccine” that uses histology to magnify my own cervical cells. The collection will illuminate the mesmerizing cellular landscapes of the human cervix and the vivid mutations that are a consequence of HPV infection.